In addition to the projects where the D.M.A.T. Consulting KG acts as a partner, it also takes on orders as a subcontractor. The activity of D.M.A.T. Consulting KG is based on experience in numerous humanitarian and civil defense assignments, training and runs its own projects, mostly developing solutions, tools, strategies and processes. 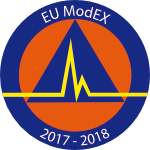 The Members in the international consortium of the upcoming ModEx of the EU are:

The first ModEx took place in October 2017 in England. This was followed by exercises in Denmark in January 2018 and Bulgaria in March 2018.

Read more about the structure and procedure of the already completed module exercises.

You can find a video of the exercise in Merseyside here: https://www.youtube.com/watch?v=xKgywsHFqjo&feature=youtu.be

In May 2018 ModEx (Modular Exercise) was held in Austria, on Erzberg in Styria. The D.M.A.T. Consulting KG was entrusted by the Province of Styria for planning of this exercise. The ModEx Austria took place in the international training center of the Styrian Red Cross for “Urban Search and Rescue in alpine terrain”.

The D.M.A.T. Consulting KG was pleased to announce the exciting and challenging tasks of planning and implementing a 36-hours exercise for the training of two medium urban search and rescue teams from Greece and Lithuania, a Cave Rescue Team from Slovenia and a drone team from France. This work was in cooperation and carried out on behalf of the State of Styria, Department of Civil Protection and National Defense as a partner in the ModEx 2017-2018 consortium, involving Styrian rescue organizations, which was in Eisenerz.

This project was co-financed by the EU (Preparatory Action in 2008), Johanniter from Germany and the Cypriot civil protection were the Project manager and D.M.A.T’s clients.

The EUTAC project was co-funded by the European Commission in Civil and Civil Protection Mechanisms, Preparatory Work in 2008.

Project splitter about developments and trainings

Between May 27th and 30th 2010, an exercise in European technical support cooperation take place in the southern part of Styria and the northern part of Slovenia.

The aim of this exercise is to train and test the European technical assistance team to assist the European civil protection departments when major catastrophes happen.

A press release on these exercises can be downloaded here (in German): EUTAC_Press Release

Exercise for the technical support of European aid organizations.

International exercise within the EUTAC project

At the end of May in 2010 at the international exercise in southern Styria, Austria, two multinational Technical Assistance Support Teams (TAST), Johanniter from Germany and the Cyprus Civil Defense, were not only trained but also been put to the test.

One of the objectives that required in this project has been audited in southern Styria, is the support of a European civil protection team in the area of ​​action. These include the creation and operation of an On-Site Operation Coordination Center (OSOCC), IT support, catering and care for the teams, as well as accommodation and transport.

The exercise also included explorations along the Austrian-Slovenian border, as well as a meeting with the Slovenian Civil Defense.

The exercise was overseen by international observers from the civil defense sector.

In total, representatives from 10 nations were present at the exercise. Once this exercise has been successfully completed, the trained teams can now be deployed worldwide to support European aid organizations.

More information about this exercise can be downloaded as PDF: EUTAC_training description

The newspaper “the week” reported about the very successful exercise! The article can be downloaded as PDF (in German): EUTAC_Zeitungsartikel_die Woche

The EURETS project, European Emergency Temporary Shelter, was co-funded by the EU as part of the Preparatory Action in 2009, it is training a Camp managent emergency response shelter team. 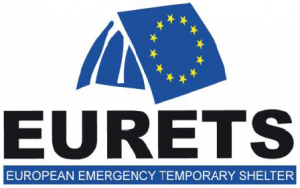 The development of these medical air evacuation teams the European Air Medical Evacuation, already been co-funded by the European Union in the Preparatory Action in 2009. The coordinator of the project is Johanniter-Unfall-Hilfe e.V. and the associating partners are: the Austrian Worker, the Slovak Republic of Workers’  and the Styrian Provincial Government (Landesregierung).

A medical support team consists of 14 people including an advance team, which explores the situation in advance. In addition to creating a basic concept, assistant is trained for these special missions.

The European Space Agency ESA is the Principal of the BEATLES project.

Sending and receiving messages should be faster, cheaper and more efficient and easier to access.

Information about the European Space Agency ESA can be found on their website.

More about the work in the context of technologies around Alphasat can be found here.

To support decision-making in the area of ​​and for 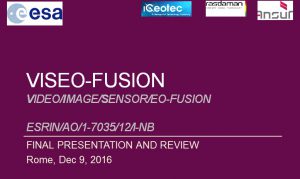