From a one-person company founded in 2006, the D.M.A.T. Consulting KG developed in 2010. At the beginning it was mainly training courses and a few small projects in which the expertise “International Disaster Protection and Disaster Management” was in demand. But continually,  DMAT has developed into a company that also was more and more in demand for major projects (research and innovation) for the European Union, the European Space Agency etc., especially as an “end user”. During the research and development projects it was experienced that, although great scientific projects are being developed, unfortunately the practical relevance of the “end users” was often neglected. This enabled us to contribute to the further development of emergency equipment, technologies and strategies.

DMAT was also able to increase its range of advisory services for activities relevant to crises and disasters, as well as providing training for the competent support of the affected population and the responsible decision-makers before, during and after natural disasters. This often was done in  EU-funded civil protection projects, where we were able to contribute our expertise worldwide either as a partner or as a subcontractor. The last major projects with the participation of DMAT before Covid 19, were “Host Nation Support” exercises in Austria, Albania and Ghana, as well as two large-scale exercises on 5 islands in the Netherlands Antilles, which were an extreme but exciting challenge for us because of the distance.

In 2014 our team was strengthened by Sebastian Hirschmugl and since 2019 we have also been able to strengthen our team internationally with Sara Abdelwahid from Iraq.

In all of its activities, DMAT pays great attention to fair working and ethical principles and is a member of ARGE proEthik.

Despite the restrictions caused by the corona, we hope to be able to continue building up and expanding our range of services. 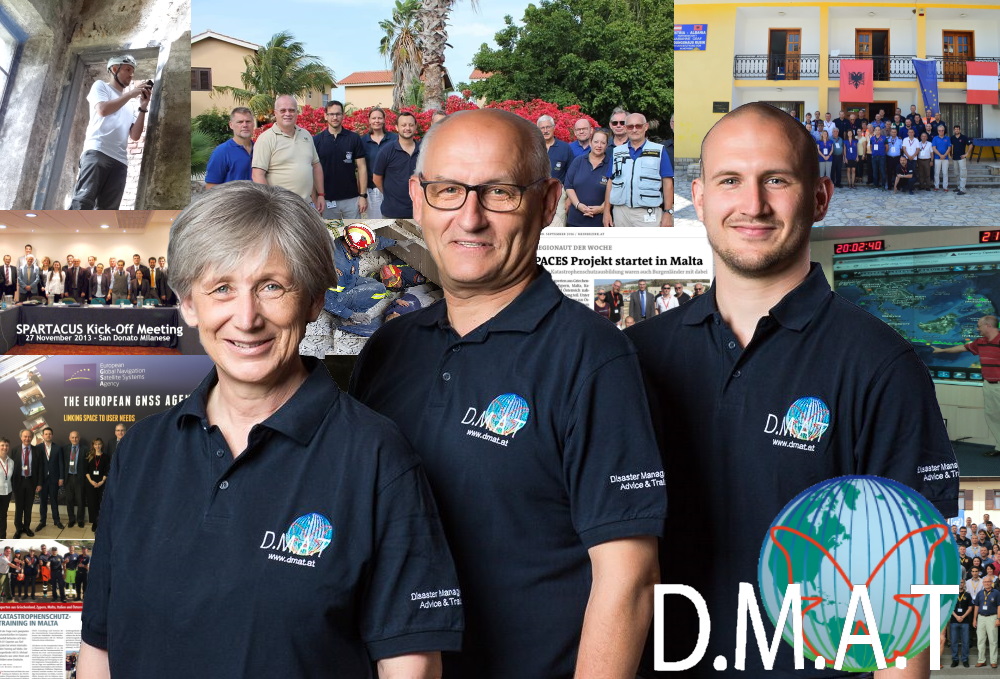